This week I'm continuing my love affair with the Santa's Workshop designer papers! I really need to make other things, but one last little project .... 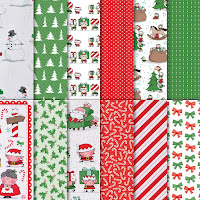 I was inspired by Sally Stampers on YouTube. She made a lovely shaker box and as soon as I saw it, I knew it would lend itself to the gorgeous Santa dsp! I've used all her measurements just changing it a little by not stamping at all - just paper, glue and beads. 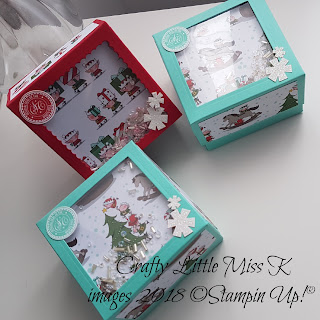 These are destined for my older three grandchildren, the youngest is only just turned 1, so still putting everything he sees into his mouth!


I've included a YouTube tutorial below, but the measurements are as follows:


Thanks for stopping by,
Karen x
Posted by Crafty Little Miss K at 19:44 No comments:

Over the next few weeks I'll be making cards for men and boys. The last few months of the year tend to be dominated with birthdays leading up to Christmas. September is my husbands, October my dads, November my brother-in-law and nephew, December my son-in-law and 2 grandsons ... and that's just the boys! So I'm always on the look out for something different, especially for my dad who makes all his own cards. I love to give him something special so he can turn it over and over working out how I did it!!

I've always found male cards to be a bit hard to design. They don't want all the pretty frills and glitter you can throw at female cards. I'm hoping these cards fit the bill. I was inspired by some made by a fellow Stampin Up demo here in the UK - Donna who creates under the name Kevonacrafts. Donna is in the same little team as me. She went to some team training with Julie Kettlewell, another UK demo, whose extended group we are also part of. Donna showed us a concertina card she made there and I decided that would be my project this week.


The first one was made using the gorgeous Broadway Birthday designer series paper. I made the box using the same dsp. 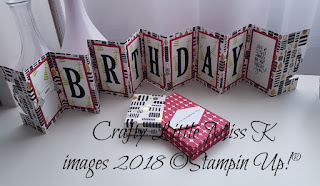 Broadway Birthday is quite thick designer paper, more thin card really, so decided to try a thinner paper for my next card. I went to the Best Route designer paper pack and it worked a treat! In the video below, I show how I made the card. Its a Part 1 video with the making of a box for the card in Part 2, which I'll add later. 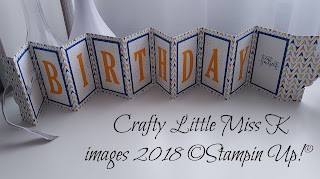 Either large letter dies or stamps 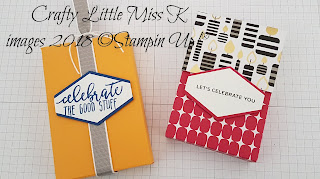 Posted by Crafty Little Miss K at 22:38 No comments: 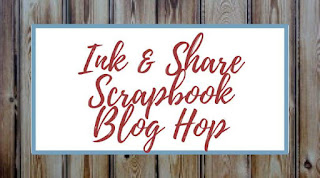 Hello Crafters and welcome to my blog. This time I am taking part in a Scrapbook Hop, so if you're into memory keeping, you've come to the right place! Later on you'll see a list of names, we're all Independent Stampin Up! demonstrators from across the globe who are sharing what we love in this blog hop. You'll no doubt see many different styles (at the time of writing this, I haven't seen all the other pages yet). My favourite style is the traditional 12 x 12 layout although I have dabbled in pocket pages too.

So this months theme was a sketch. 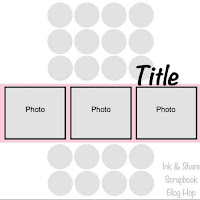 My usual process is to choose my backing paper/card and then the photos to go with it. Yes I know its easier the other way round, but I've always been a bit "cack-handed" (a bit back to front). No doubt stems from being born left handed, but made to use my right hand as at the time my parents thought they were doing right by me. I do most things right handed now but my thought processes are usually a bit skewed!

Anyway, as soon as I saw the photos in my stash, I knew they were the ones for this challenge!  Once I had the photos, then the title popped into my head and then it took no time at all to decide on colour and the rest of the layout. I initially had stamped the circles using the Swirly Frames stamp set, using Real Red and Daffodil Delight inks, but between you and me, the circles ended up looking a little rude, so I added the flower from Sunshine Sayings in Memento black ink and it looked a lot better and fitted the colours in the photos. I backed all the photos in black card, then punched the letters for the title. I laid everything out on the 12x12 paper which comes from the designer series papers Tranquil Textures, then printed my journalling onto Crumb Cake cardstock, aging the edges using Crumb Cake ink

The back story briefly is, we were visiting Richborough Castle (ruins) in Kent (UK) and found there was a reenactment group there who were going to be put ting on a show However a lot of their members hadn't been able to attend so they did something they rarely did and asked if members of the public fancied being Roman soldiers for the day? My husband was keen and found it fascinating as they had him drilling - marching and practising formations they used in battle. He told me afterwards they used similar tactics in the modern day police service (he was policeman at the time), so felt right at home! 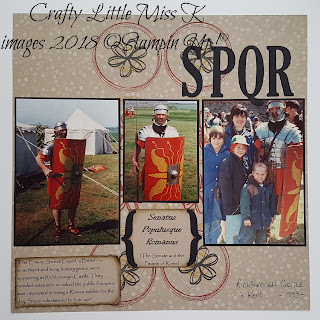 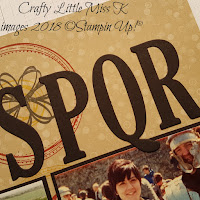 The 3rd photo showing us as a family shows our children aged then 11, 9 and 4. Now the two oldest are in their mid 30's and our youngest will hit 30 on his next birthday! When did I become old enough to have children this age, haha. 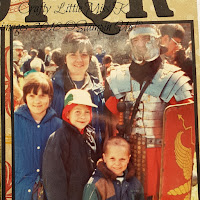 So there you go, hopefully something a little different for you. Please now move on to the next person on our list and hope you enjoy! 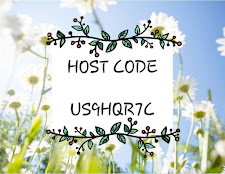 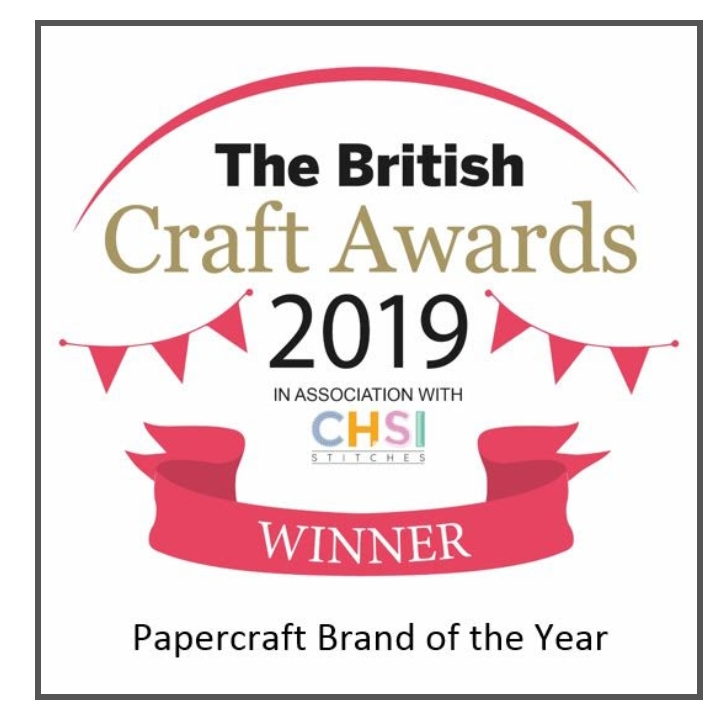 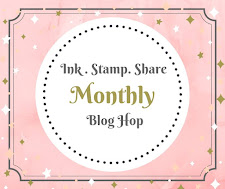 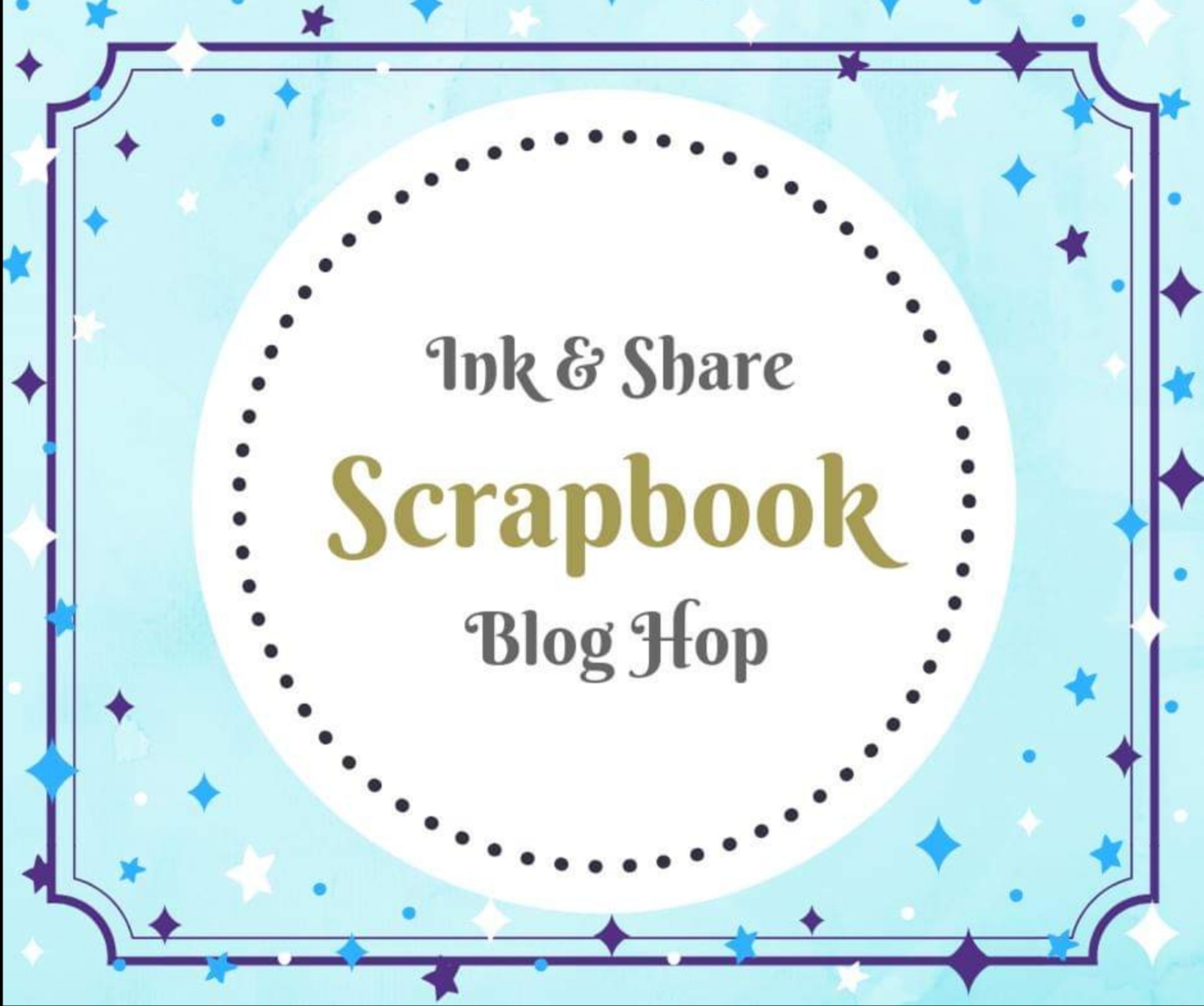 Hi,
I'm Karen and I am a craft-a-holic! I have a lot of interests from knitting and sewing to paper-crafting to natural cosmetics etc. If you can make it at home, I'm interested.
My blog is mostly paper-crafting as I am an Independent Stampin Up! demonstrator but I will also share my other passions too from time to time. I love sharing my crafting and have recently started organising workshops and classes.
I'm married to Steve and we have three wonderful grown up children, a lovely son-in-law and a beautiful daughter-in-law. We are also the proud grandparents to five grandchildren - three little boys a little girl who thinks the world should be pink and a brand new baby granddaughter born March 2020!
I work part time in our local library. When not working I will be found visiting my elderly father, or my daughter and her little ones, or at my craft table. Housework comes a poor last I'm afraid.